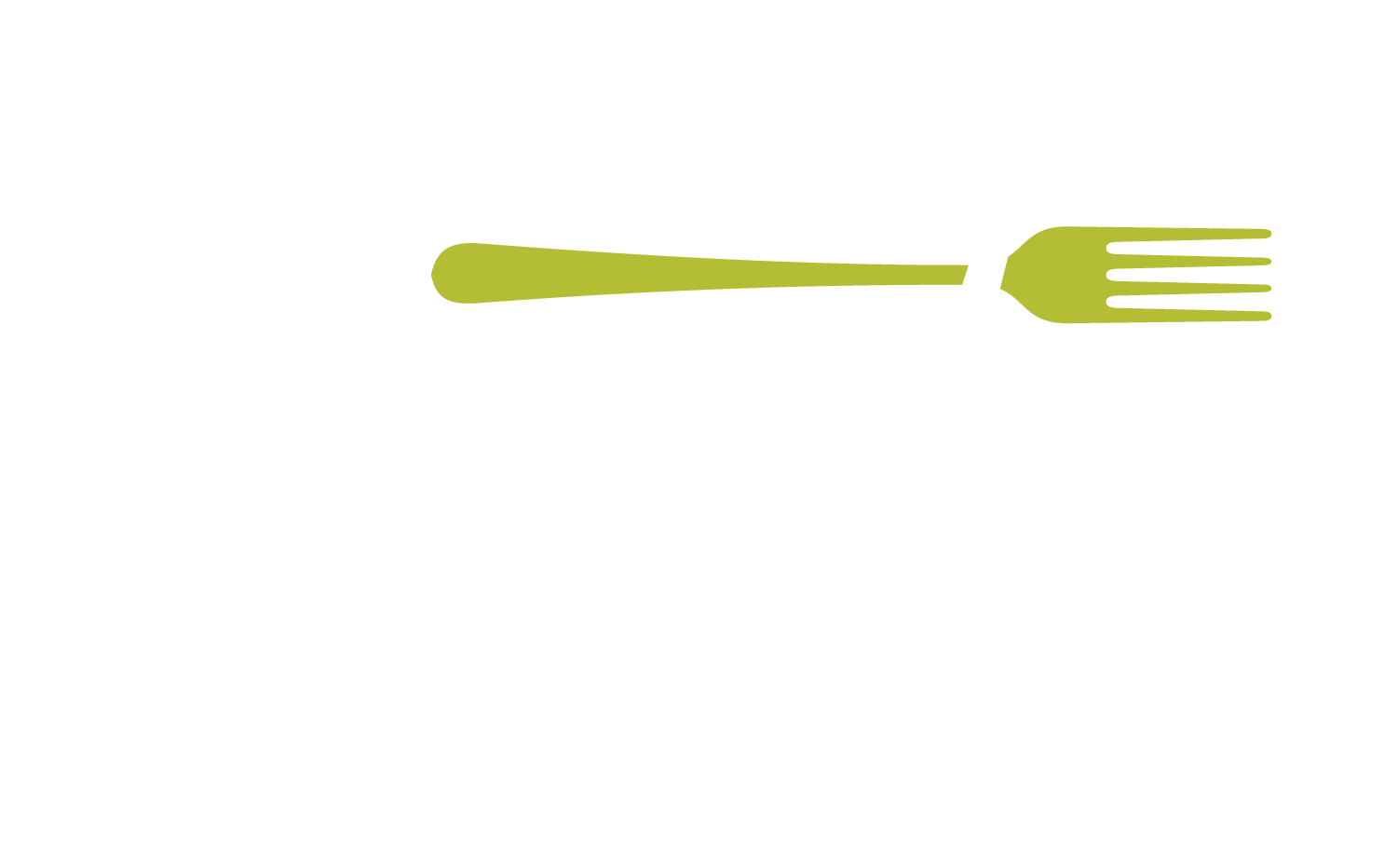 Cook for a cause and join us for an interactive culinary lesson with a pro!

We are excited to present our Serving Up Smiles at Home series. We are bringing chefs and mixologists into your kitchen to give you a virtual hands-on lesson in creating delicious, signature dishes and cocktails. The chefs and mixologists will guide you through each recipe step-by-step and answer your questions live! All you need to bring is the ingredients. Each class is $25. Classes will begin on Thursday, June 25th and run through the summer.

Below you can learn about each class and purchase your ticket. Continue to check back often, as more classes will be added.

MIX IT UP WITH JIMMY

On the menu: Tiramisu

On the menu: TBD 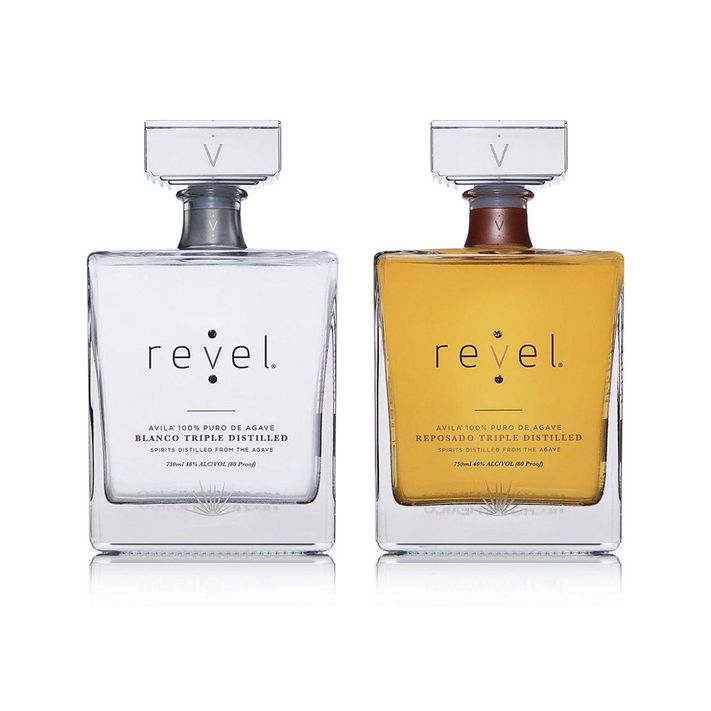 On the menu: Delicious summer cocktails with Revel Avila

MIX IT UP WITH REVEL

About Serving Up Smiles

Serving Up Smiles is enCourage Kids Foundation’s premier tasting event. It is a wonderful evening of spectacular cuisine from some of the hottest chefs and restaurants in New York City including world-class wines, specialty cocktails, live music, and fabulous auction items.

buy your ticket for October 20th

On the menu: Chicken Picatta 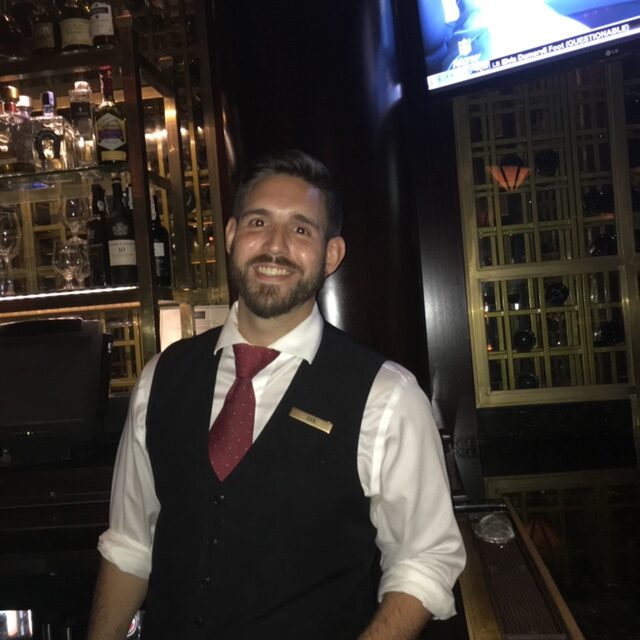 On the menu: Delicious Summer Cocktails

About our Chefs and Mixologists

Chef Chris is the Founder and CEO of Culinary Bad Boy Productions and NY Catering Service, a New York based catering service. Influenced by his family’s heritage, which ranges from Argentinean, Italian and French, Chef Chris began his culinary career at The French Culinary Institute in 2009, where he became classically trained in French and Italian cuisines. Chef Chris since then has trained all over the world and loves creating unique, beautiful, dishes that pair perfectly with selected wines or mixology cocktails

Chef Chris has cooked in several acclaimed NYC restaurants such as Celsius at Bryant Park, World Yacht, North River, to mention a few, and cooks for notables such as Puff Daddy, Chaka Khan, Jason Kidd and Orlando Magic. His reputation and clientele continues to grow with every dinner, event or specialized experience.

Chef Chris is a brand ambassador for Gotham Steel and can be seen on QVC. He often appears on networks such as CNN, NBC, Dr. Oz, Fox & Friends, Martha Stewart Radio, the Daily Connection, Better TV and The Daily. His culinary competitions include Food Network Season 7 (Finalist), Chopped All Stars, and MTV’s House of Food, which he has also hosted. Chef Chris has been featured in ZAGAT, Manhattan Magazine and among several other publications. Each year Chef Nirschel participates in the Food Network’s Annual Food & Wine Festival in New York, Atlantic City, and Miami.

Now Chef has unique clients from various marketing, public relations, management and concierge companies allowing every aspect of creativity to ensue. There is nothing NY Catering Service and Chef Chris Nirschel cannot do.

As the son of Italian immigrants, Scamardella developed an affinity for cooking with fresh ingredients early on, enjoying seasonal produce as staples in the family’s cooking within their Brooklyn kitchen.

Scamardella began his studies at New York City’s Technology Institute, learning to master the business of hotel and restaurant management while simultaneously building his culinary skills at The Plaza Hotel’s French restaurant. He then moved on to hone his skills with one of the world’s true master chefs, working under mentor Daniel Boulud at Polo Restaurant.

Paving the way to distinction early, he received a two-star rating from The New York Times at Vanessa’s restaurant, where he served as Executive Chef. Scamardella went on to have a large hand in the success of the opening and driving concept behind Carmine’s, as chef and partner. After nearly 15 years and several successful projects, he left the kitchen to consult for restaurants such as The Strip House, Harrah’s Casino, and Cessca.

Chef Tiana Gee is a Los Angeles native who knew from childhood that her enthusiasm for food would be her calling in life. Chef Tiana took cooking and baking classes from a young age beginning in middle school and throughout high school. In high school, she was able to compete for culinary scholarships with the Careers through Culinary Arts Program (C-CAP). After completing the competition she graduated with a few scholarships to various culinary programs. Chef Tiana has worked at some notable restaurants in the Los Angeles area and developed a skill set that led her to New York City to become a Sous Chef at the world-renowned Red Rooster in Harlem owned by Celebrity Chef Marcus Samuelsson.

Chef Tiana has a channel on YouTube called Cookin’ With Tee where she demonstrates recipes and techniques for viewers so that they can cook delicious meals in the comfort of their own home. Known in the industry for her sharp skills and charismatic personality, Chef Tiana is being courted for several cooking shows across the country.

Australian-born bartender Jimmy Seargeant has been in the industry for over 13 years. Before moving to Los Angeles in 2010, he was the bar manager at Sydney’s most successful restaurant/nightclub fusion, Hugo’s Lounge. During his time in Los Angeles, he has tended bar predominately for Houston Hospitality, working at No Vacancy, Por Vous, Good Times at Davey Waynes, Harvard & Stone’s R&D Bar, and opening Butchers & Barbers in Hollywood.

Over the past 25+ years, celebrated pastry chef Erika Cline has crafted some of the country’s most scrumptious desserts and chocolates. Erika’s grand career started in Detroit Michigan as a pastry cook under the countries first Master Chef Milos. From there, Chef Cline passion for the culinary arts spanned the countryside including renowned places like The Peabody Hotel Memphis Tennessee and Ponte Vedra Country Club in Jacksonville Florida. In July 2012, Erika opened and developed the chocolate program for Graycliff Chocolatier in Nassau Bahamas. Also in the fall of 2012, Erika became one of a select few celebrity chefs to spokesperson “Sunday Dinner Chefs” for Publix Supermarkets showcasing holiday entrees and desserts for the holiday season. Throughout the years, Chef Cline showcased her culinary talents as one of the main attractions to Black EXPO located in several cities across the southeast United States and also Epcot Food and Wine in Orlando, Florida. Cline was one of the original 2010 cheftestants on Bravo’s Top Chef Just Desserts. She won three competitions while receiving great acclaims about her cookies and tequila bombs by the top chef judges. She has been featured in the Huffington Post, the Pastry Arts Magazine, Afar Travel Magazine, Black Enterprise, and others. Chef Erika has made numerous television cooking appearances and has served as a judge for the Food Network’s Rock N Roll Pastry Challenge.

In 2008, as a devotee of the pastry arts Chef Erika created a non-profit organization entitled Culinary Wonders USA. Culinary Wonders USA’s mission is to introduce, share, and cultivate the culinary arts to minorities. As president of CWUSA, Chef Erika believes that mentoring, scholarships, and volunteerism is a great avenue for providing direction in the culinary world. While living the life of pastries across the country and Caribbean, she has supported various charity events such as The Kidney Foundation (Memphis Tennessee), Sulzbacher Center & Rhoda L. Martin Cultural Heritage Center (Jacksonville, Florida), Food as Art, the United Negro College Fund (Seattle Washington) where she has raised over $36,000 over the last 5 years by auctioning her desserts for the beloved charity, The Service Board (Seattle Washington) and Minority Chef Summit 2014 (Nassau Bahamas) (Port au Prince, Haiti 2015) and (Tortola BVI 2017).
In 2015, Chef Erika opened a chocolate boutique named Bleu Chocolat. In the fall of 2017 Hurricane Irma destroyed her home and business, Chef Erika is rebuilding her chocolate brand in Jacksonville Florida. As a James Beard alumnus and has been a featured chef at the James Beard House for the West Indies dinner 2017 and 2018 for an all-women chef dinner. In May of 2018 Chef Erika was a featured chef at the James Beard Awards gala in Chicago Illinois. Erika recently closed Bleu Chocolat Café in the neighborhood Springfield (Jacksonville Fl.) which was named one of Jacksonville’s Top 50 restaurants of 2019. Chef Erika Cline’s long-standing motto is “A day is never good without chocolate”; is the trademark of an accomplished pastry chef and talented
chocolatier.

Chef and owner of Rooted Hospitality Group (RHG, or Rooted), David Hersh, emerged on the restaurant scene in Hampton Bays, NY, when the company opened its first location, RUMBA, in 2010. Two years later, RHG acquired one of the most beautiful properties in the same area, injected its vision, and brought the property back to life. Cowfish opened in 2012, also in Hampton Bays, NY. Beginning in 2014, RHG acquired a property in Patchogue, NY, on the revitalized downtown Main Street, where they renovated and reconstructed a one-story restaurant into a tri-level space that includes the only rooftop dining terrace in the area. RHUM, sister restaurant to RUMBA, opened its doors in 2016. Other projects include AVO TACO, a unique fast-casual hybrid, located in New Hyde Park, NY, and now opening in New Orleans, LA, along with Flora, its newest dining experience, set to open summer 2020 in Westhampton Beach, NY.

Founded in 2009 by David and Rachel Hersh, Rooted Hospitality Group began with a dream to create a gathering place that paired sun, soft sand, and refreshing breezes with good drinks, chef-driven food, and great company, creating some of Long Island‘s most beloved restaurants and bars which all offer the company’s signature warmth and hospitality. It has grown to include some of the top restaurants on Long Island (and beyond!), and has earned countless awards, including Best Waterfront Restaurant, Best Dining Experience, Best Taco, Best Cocktail, and so much more.